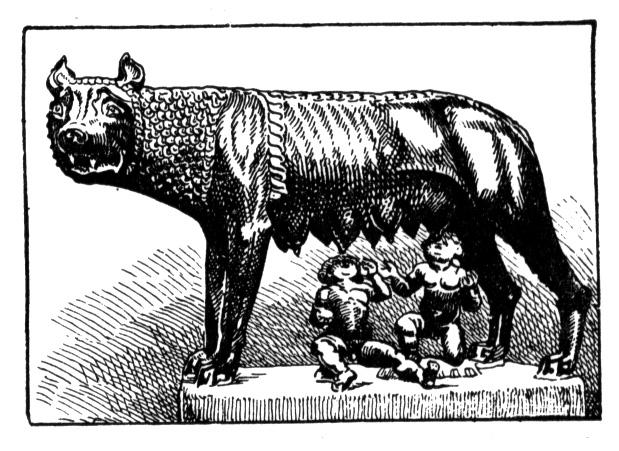 Next to Saturnalia, Lupercalia is one of the best known of Roman festivals. People focus on the young men who chase people on the street, with whips. Using goatskin whips (februa), they beat everyone they meet. Women who want children would seek them out to be whipped. These women believed that this act would make them fertile.

However, the Lupercalia is more than a drunken excuse for sexual intercourse. Faunus and Inuus, both Gods of Fertility, are invoked for not only the increase in children but also in herds.

This ancient and complex festival occurred during the time of honoring the Dead. The ritual started at the Lupercal Cave, where the She-Wolf, who nursed Romulus and Remus had lived. Sacrifices of goats and a dog by the luperci (“wolfman priests”) were made. Then two youths were clothed with goatskin and smeared with blood. After laughing, they chased everyone on the streets. This festival marks when the Romans were shepherds. The running through the streets was to set the original boundaries and to purify the city.

I have a low key Lupercalia. I run through my house dusting. Then I make offerings at a secluded place for the She-Wolf. Offerings are also left for Faunus and Inuus at the edge of the woods.

Faunus is associated with the borderlands between the pastures and the forests. This oracular God spoke to people using the noises of the woods. As a God of Fertility, Faunus is also identified with Inuus, the God of Sexual Intercourse. Later, Faunus become conflated with the Greek God Pan and took on his goat-like attributes.

“Amorous Faunus from whom the Nymphs flee, step lightly across my boundaries and sunny fields, and soon depart, leaving your blessing on my young lambs and kids and leveled tender shoots.” – Horace, Carmena Liber III.xviii.1-8.

9 thoughts on “Gods of the month:Faunus, Inuus, and the She-Wolf of Rome”