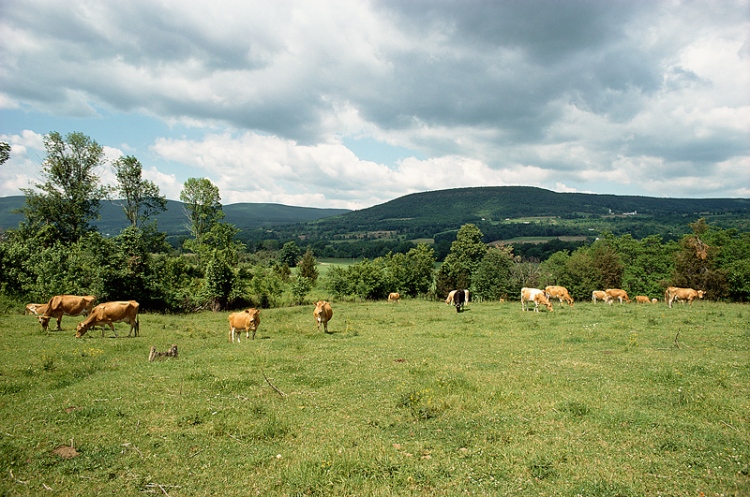 Like many ancient peoples, Celts kept time for only one reason: their survival. Among ancient peoples, survival was credited to various Gods. Therefore, a part of people’s religious duties was to keep time for the ceremonies for the different Gods. For example, in Hawai’i, when the Pleiades rise at sunset (October-November), the rainy season began. At this time, people made offerings to Lono, God of Agriculture for bountiful crops.

The Celts were pastoral people who kept great herds of cattle. Raising cows meant knowing when it was safe to take them to pasture, and when to bring them inside for the winter. Also, people, who rely on cattle, need to know when the calving season happens and when to cull the herds for winter. Modern ranchers employ a cycle of calving in the spring, and culling in the fall. In the American West, where spring snows and fall blizzards often happen, having cattle die in unprotected pastures is a major concern.

According to Roman sources, the Celts divided their year into a light and dark half. The light half began after the calving season was over, and when it was safe to drive the cattle to upper pastures. The dark half started when the cattle had to be taken inside (mid-fall).

The current Neo-Pagan calendar of cross quarters (between the solstices and equinoxes) seems to fit the Celtic lifestyle – it follows calving, pasturing, culling, and over-wintering seasons for Britain. This modern calendar, which is devised from Irish myths, has important holidays at midwinter (Imbolc), mid-spring (Beltane), midsummer (Lughnassadh), and mid-fall (Samhain). The light half begins at mid-spring and ends at mid-fall. However, this cross quarter calendar is based on the sun, since solstices and equinoxes need to be tracked.

The most reliable and most common time-keeping method among ancient peoples was to use combination of a sun, moon, stars, weather, and natural phenomena. Since the Celts regarded themselves a part of nature, they would notice many things such as the annual salmon migration.

The Coligny Calendar, considered to be devised by the Celts, is a solar-lunar calendar. The sun and stars would accurately tell when the seasons will happen. Meanwhile, the moons and various events that occurred during the months gave a broader sense of the seasons.