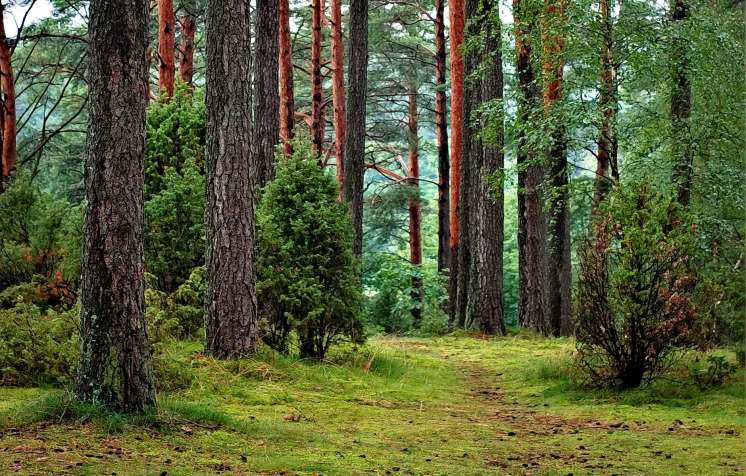 Photo by Pixabay on Pexels.com

“We are Polytheistic fish swimming in a monotheistic ocean.” (Note 1) This aptly describes the modern propensity to divide Gods into the categories of Good and Evil. Christianity, the dominant Monotheistic religion in the West, separates the world into those two poles. Thus, it becomes a matter of habit for modern Pagans to do the same.

During the time of the Christian assimilation, Polytheistic Gods were demoted to being Servants of Satan, God’s Adversary. An example of this is Nergal of the Babylonian Underworld. He became associated with Christian Hell as the “Chief of Hell’s Secret Police.” However, popular Gods like Brigit of the Irish (Note 2) became assimilated as saints, who possess their attributes.

The Gods who are Chaos Bringers are usually shunned by many modern Pagans. Loki of Norse mythology is a prime example. Since the Norse Sagas were written by a Christian, centuries after the Norse conversion, they have Christian sensibilities embedded in them. This presents problems for many Norse Polytheists, who converted from American Protestant religions. They tend to regard the sagas (i.e. the Lore) as the “Final Authority.” This habit is left over from various Protestant sects, which directed people to rely only on the Scriptures. According to the Sagas, Loki brings about Raganok. Therefore, many of these Polytheists shun Loki as an evil God who is out to destroy the world. However, Loki is more complex and complicated than that simple interpretation.

Even the Monotheistic God Yahweh cannot be simplified. The belief that Yahweh is (only) All-Good and All-Powerful presents many problems. Theologians grapple with the question of “where does evil come from.” Some say that He has a counterpart in Satan but this contradicts Yahweh being All-Powerful. Some say that evil is a part of God’s plan. This contradicts Him being All-Good. The cost of eliminating many of Yahweh’s undesirable attributes have caused many believers to engage in mental gymnastics to explain evil.

Modern Pagans also do mental gymnastics concerning their Gods. Rather than recognize that the Gods are complex Beings, they have separated Them into polar groups. However, a human may encounter different aspects of the same God. Apollo, who is the God of Light and Logic, has a dark side of raping women.

An example of a God with many conflicting facets is Enlil of Mesopotamia. Called Lord Air, He is the power of the storm. Enlil can bring rain to soften the hard earth or winds to topple the date trees. He is the “Great Mountain” who holds the Tablets of Destiny, and sits at the Head of the Assembly of Gods.

The “Hymn of Enlil” explains the Sumerians’ attitude towards this God. As each human understands each God differently, what emerges is a consensus of who the God may be. For me, the Sumerians demonstrate the best way to regard the Gods.

“Enlil in the E-kur (Enlil A)”
“Enlil’s commands are by far the loftiest, his words are holy, his utterances are immutable! The fate he decides is everlasting…

Enlil, your ingenuity takes one’s breath away! By its nature it is like entangled threads which cannot be unraveled, crossed threads which the eye cannot follow. Your divinity can be relied on. You are your own counsellor and adviser, you are a lord on your own. Who can comprehend your actions?” (Note 3) (Note 4)

20 thoughts on “In Polytheism, There Are No Good Or Evil Gods”